Debra was born in upstate New York and has spent the majority of her life in northeast US. She is married and has two adult children who are more creative than she is.

She graduated from LeMoyne College, in Syracuse, NY with a BS in biology. Next she got a doctorate in optometry from New England College of Optometry in Boston. Most of the past 30+ years have been spent in the practice of her profession.

Debra was raised in the waning days of pre-Vatican Council II. But soon, the winds of change upended her learning of her own religion. When she took off time to homeschool her son, she discovered literature and the Catholic faith in a much deeper way than she had ever been taught. This turned around her attitude towards her religious traditions and lead to her desire to ensure the traditions be saved and passed on.

Elizabeth is a historian, genealogist and gardener. She is from upstate New York but has traveled extensively in the States, Canada, Western Europe and Japan. Settling down in the mountains of New York, she is happily married and the pround mom of two Bernese Mountain dogs, Max and Hansel.

As a historian, Elizabeth has learned that some of the more unlikely stories are the true ones. There is no need to come up with a plot when dealing with her stories. They write themselves. As a genealogist, she writes up stories of the families for those whose ancesters she has traced.

In her first published book, “The Ragman Murders”, Elizabeth follows the tracks of an Italian immigrant family from their poor roots in southern Italy to Hartford, Ct. where revenge and threats from gangs destroy the integrity of a family.

She is planning a sequel to that book but is also working on a series called “Virginia Legacy”, describing a family who immigrated to the colonies, almost at the beginning.

Marie, Countess de Flavigny, was born in Germany in 1805 to a French nobleman, during a time when French nobleman were not wanted in their own country. She married the Count d’Agoult at a young age but soon divorced him.  An author of note, her books showed a keen observation of society, music and customs of that period. She wrote a number of novels under the name Daniel Stern and wrote historical analyses, including her three volume analysis of the smaller French revolution of 1848.

Despite her intellectual accomplishments, she is best known for her social life. A reknowned hostess at French salons of the time, she was, what we would call an A-list celebrity. Marie was sensationalized for her relationship with Franz Liszt, the pianist and composer, her friendship with George Sand, the English writer, and for her daughter, Cosima Wagner, wife of Richard Wagner.

Later in life, the countess rediscovered her Catholic roots and wrote “A Catholic Mother Speaks to her Children”, most likely for her grandchildren, and a play of Joan of Arc.

Reynold Kuehnel was born in Ludwigsdorg, Germany in July 1872. His parents emigrated with their children to America ten years later and settled in Detroit. Reynold attended college and seminary in both Cincinnati and Baltimore. He was ordainedinto the Detroit diocese in 1896.

Fr. Kuehnel was well-liked as he served in several dioceses in Michigan, Wisconsin and Texas before becoming very sick with nephritis just after WWI. At that point, he needed to take time off from his duties.

Before becoming ill, Father Kuehnel traveled, giving talks to Holy Name Societies, Altar Rosary Societies and young people’s groups. His talks were coalesced into books published during the period 1914-1917. They were the Conferences series. In addition, he was an active participant in various literary magazines for the clergy.

Father Kuehnel died in Los Angeles in October, 1928, succumbing to his disease.

Nicholas Priore was born and raised in Utica, NY, where he endured a Catholic education and graduated from Notre Dame High School.  He studied fiction and poetry for four years at SUNY, Purchase, earning a BA in Creative Writing, and went on to study playwriting at the Actors Studio Drama School, where he graduated with an MFA in Theatre.  His thesis play kicked off the 2010 Repertory Season at Dance New Amsterdam.  He was a member of the Actors Studio’s Playwright Directors Unit and Workshop, where he has developed his work.  Nicholas taught Communications at St. Francis College in Brooklyn and was the director of their theatre group, The Troupers.  One of his acting students has gone on to star on Saturday Night Live.  Nicholas edited and directed the off-broadway run of That Other Woman for La Muse Venale, Inc. and has produced much of his own work in and around Manhattan.  His plays have been featured in such festivals as FringeNYC, the American Globe 15 Minute Play Contest, and the Samuel French OOB Short Play Festival.  Upon returning to his hometown, just in time for the centennial season of the Players of Utica, he became the first local writer to have an original production at this historic theatre, founding their Summer Series, in which they continued to feature new work by local talent, including his own. He taught theatre for children upstate at MVCC and Utica Dance, and was a theatre professor at Utica College.  In addition to publications in Smith and Kraus and Applause Books, his entire body of work was published on Indie Theater Now. He is a Resident Artist at Yellow House Media, producing new content including television ads, an upcoming feature film entitled 27 Matches, and his own short film, Deadlock, based on the award-winning play. In a return to narrative storytelling, he is thrilled to have his first novel published by Lanternarias Press… 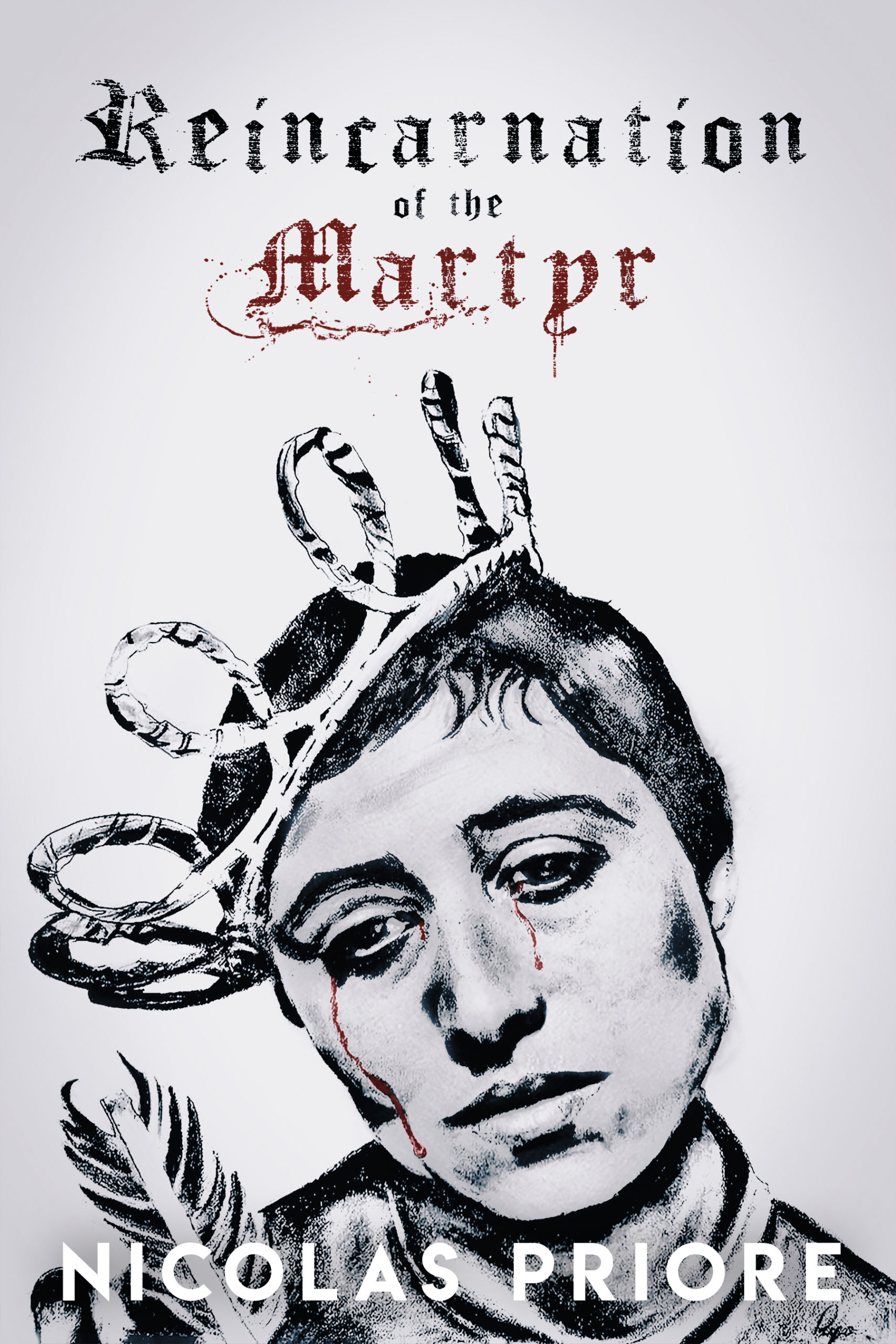 Reincarnation of the Martyr 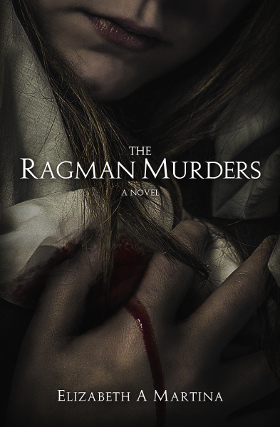 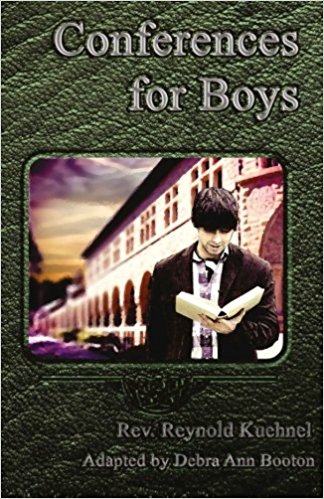 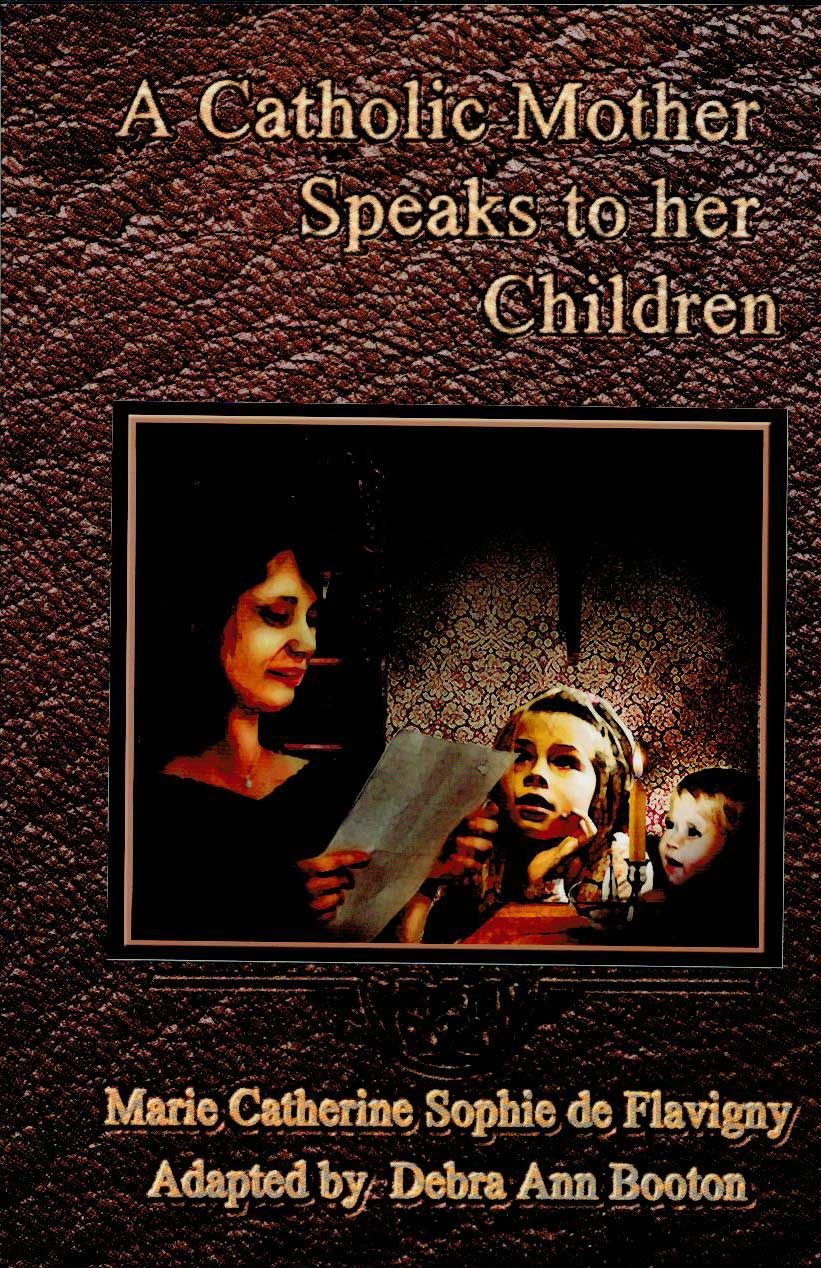 A Catholic Mother Speaks to her Children

A Catholic Mother Speaks To Her Children 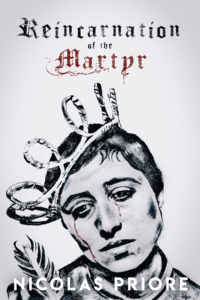